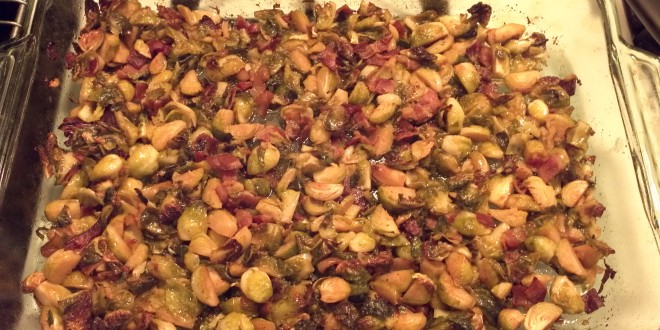 Getting enough greens is always an issue.  Even though keto is heavy on the fat and protein, you still need your vegetables!  So what’s the best way to prepare vegetables?  Drench them in fat and bacon of course! 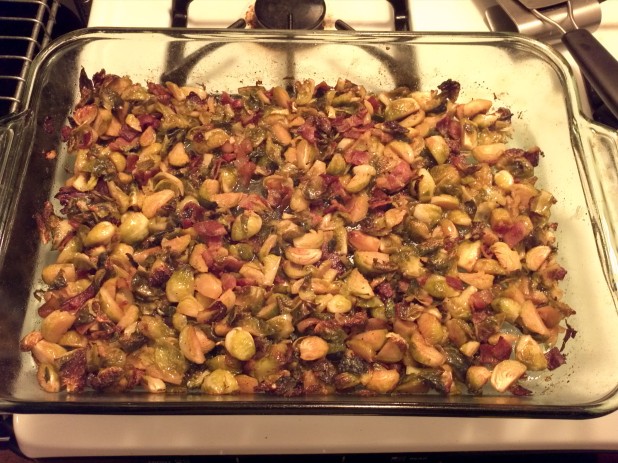 Here is the finished dish and let me tell you, it tastes amazing! This possibly replaces creamy cheesy spinach as my favorite side. 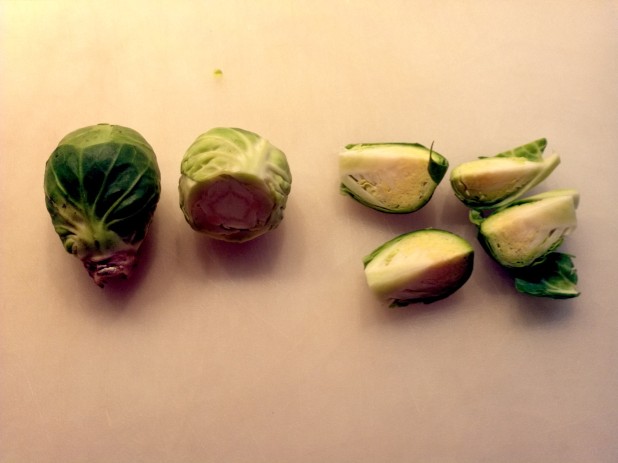 Start with fresh brussels sprouts, then cut off the bottom and finally quarter. Feel free to keep the extra leaves that fall off in the process as well. 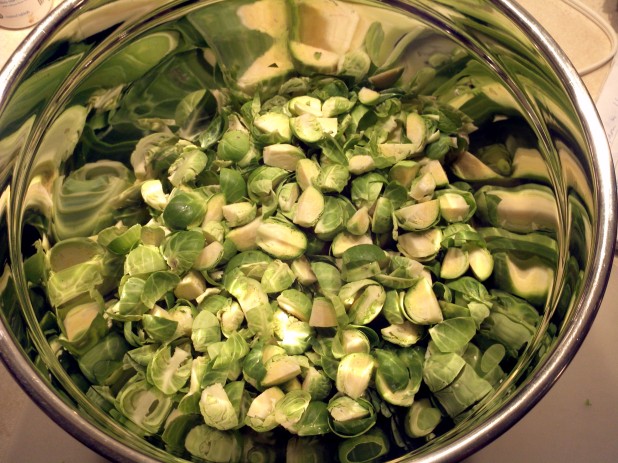 Once you’ve quartered all of the brussels sprouts, throw them in a large prep bowl. 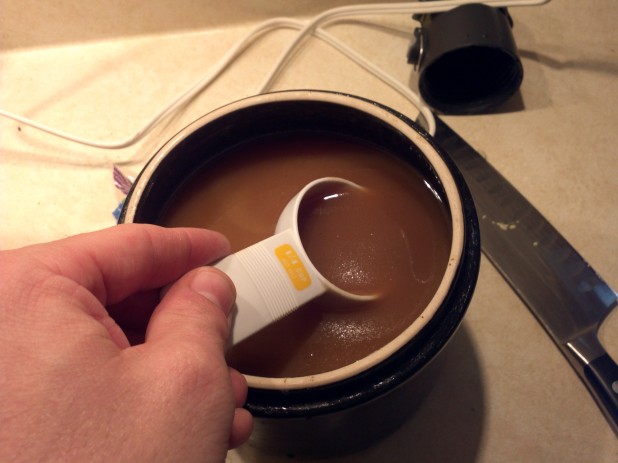 Next mix in 1/4 of a cup of bacon grease into the mix.  You do have a bacon grease keeper, don’t you? As you can see I’ve almost filled mine, its sad but its a pretty big accomplishment 🙂  If you don’t have bacon grease, just use olive oil. 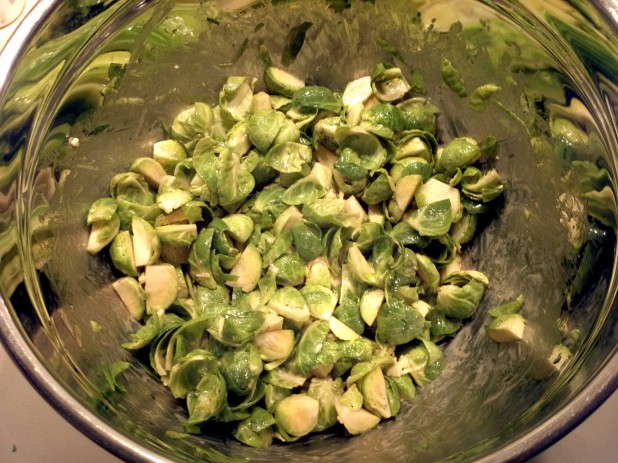 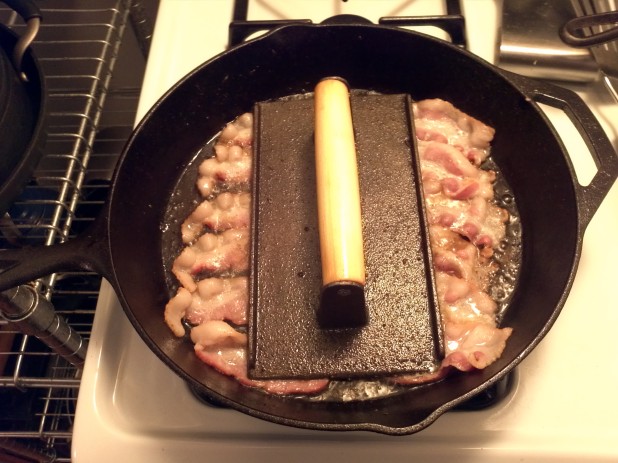 Of course it wouldn’t be a keto side without bacon!  For really flat, evenly cooked bacon, use a bacon press. 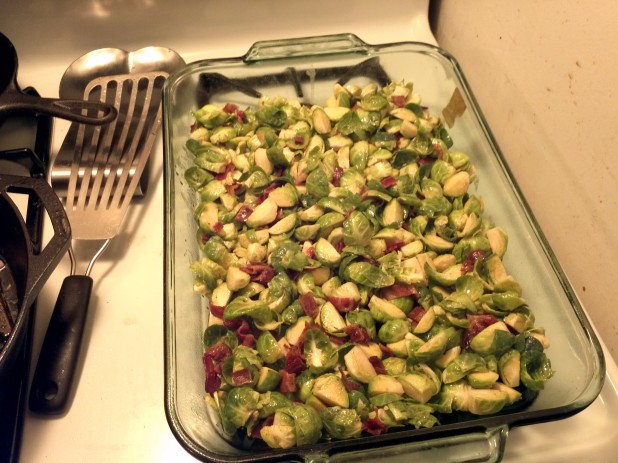 Once the bacon is done, cut it into small slices and mix in with the brussels sprouts.  Cook for 40 minutes at 450, stirring every 10 minutes.  Then broil for 2 minutes to brown the sprouts if needed. 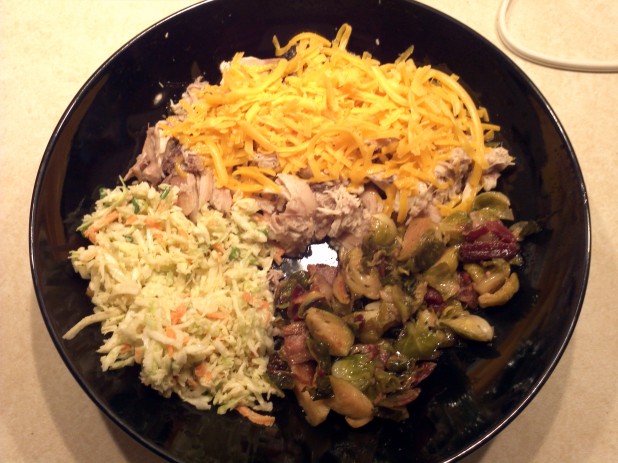 Here are the Bacon Brussels Sprouts with some jerk chicken and cole slaw. 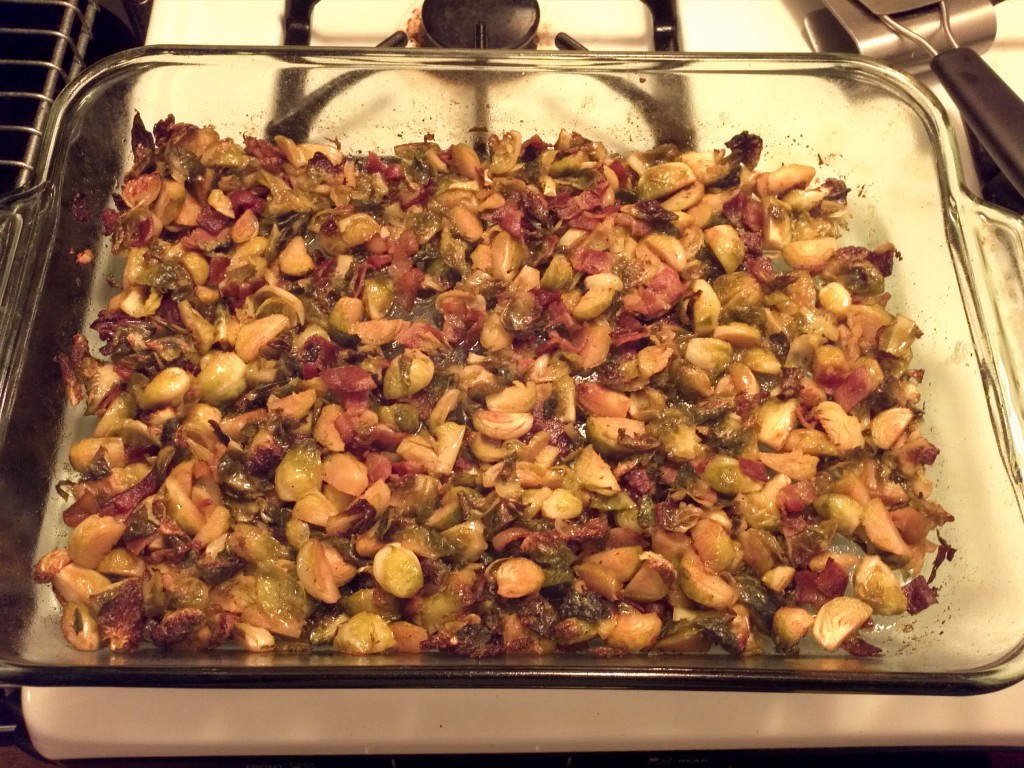