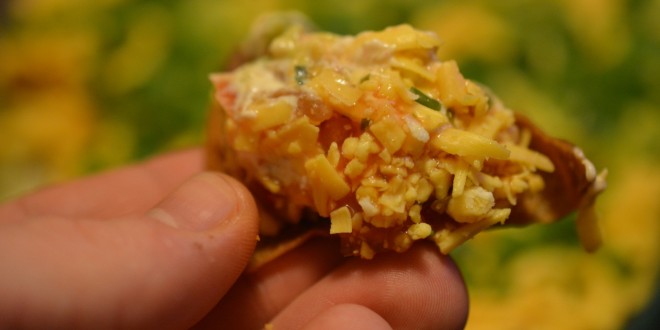 Now that it’s officially spring, the outdoor barbeque / picnic / get together season begins. But what do you do if you’re on keto? Chips are out and all of those sides everyone loves seem to stuffed with carbs. Well, you make your own keto version! Today I’ll be making a keto spin on the classic, 7-layer bean dip. Of course this version won’t have beans at all and I hate olives, so this version is only 5 layers 😉 As a bonus, I deep fried some cut up low carb pita as a chip! 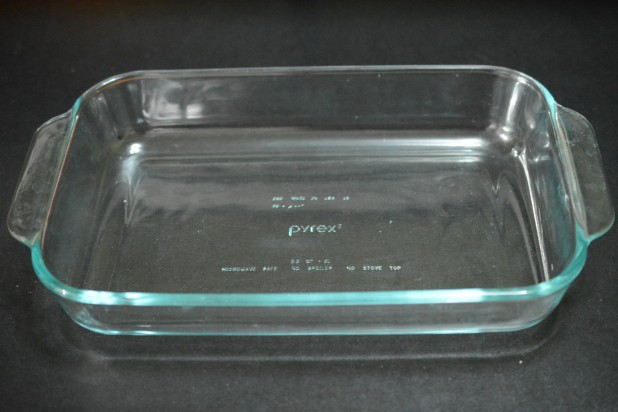 Start with a Pyrex oblong casserole dish.  I like this set because they come with lids so when I’m done I don’t need to waste tin foil or cling wrap. 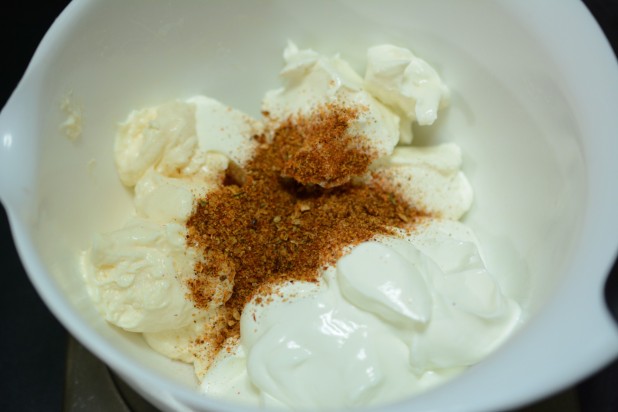 Start by preparing all of the fillings.  First we’ll make the sour cream mix.  Its  a combo of sour cream, cream cheese, mayo and taco seasoning. 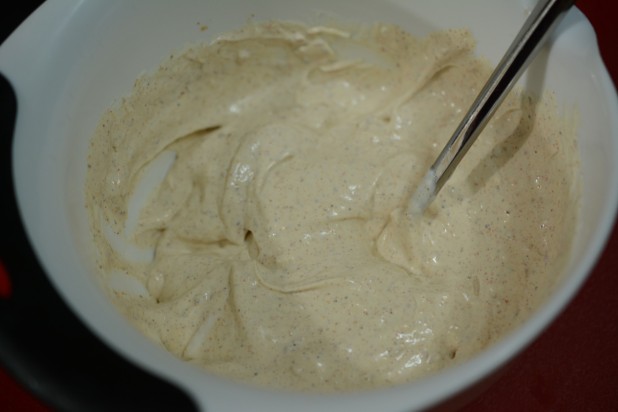 Mix the sour cream filling until the lumps are out and its smooth as shown above. 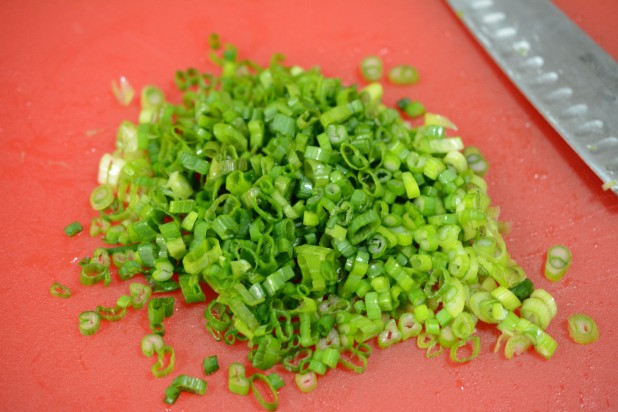 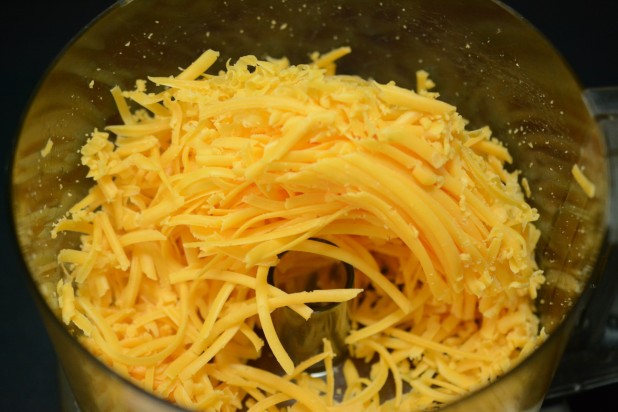 Whip out your food processor and grate some cheddar cheese. 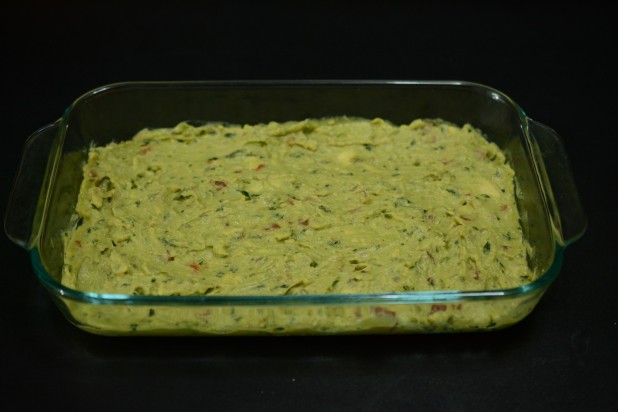 Now we’re ready for the assembly phase.  The first layer is the guacamole.  Put some effort into making sure this layer is flat and evenly spread out. 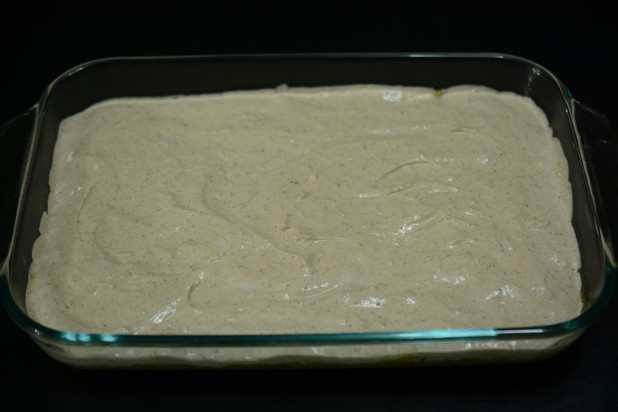 Now, add the cream cheese layer.  This one will be more work to apply since the guac is already down.  I recommend using a large spoon and doing it section by section, making sure not to spread the mixture too thin. 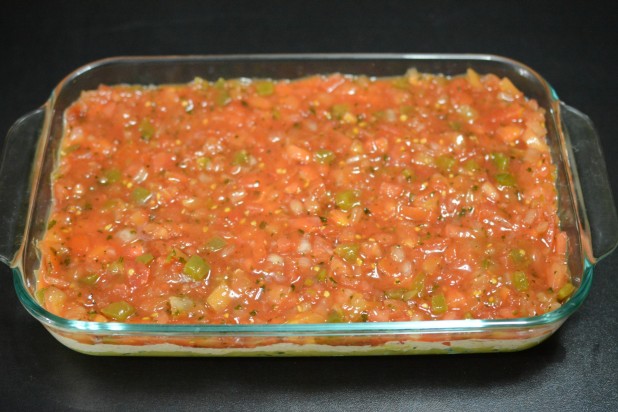 Then do the same for the salsa. 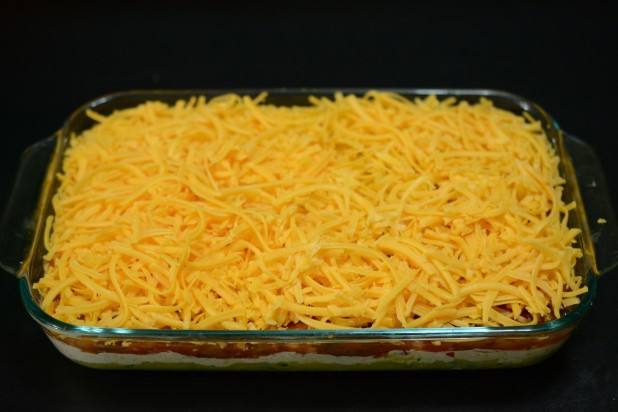 And add the cheese! 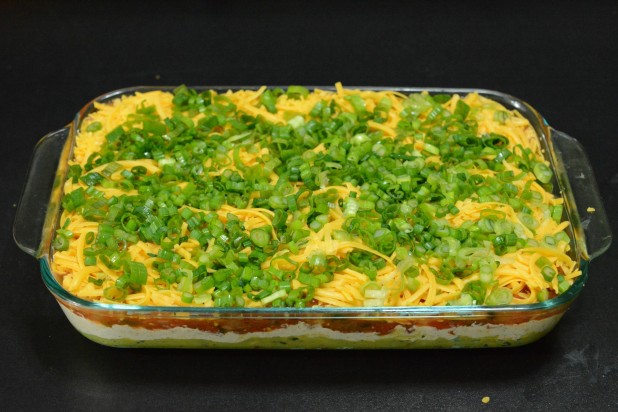 Sprinkle the top with green onions.  At this point, the dip is done.  Sometimes I like to press down lightly with my hands to compress the mixture and get any air bubbles out.  Also, it tastes even better after it has had a chance to set.  This is the perfect thing to make ahead of time and take out just before the party. 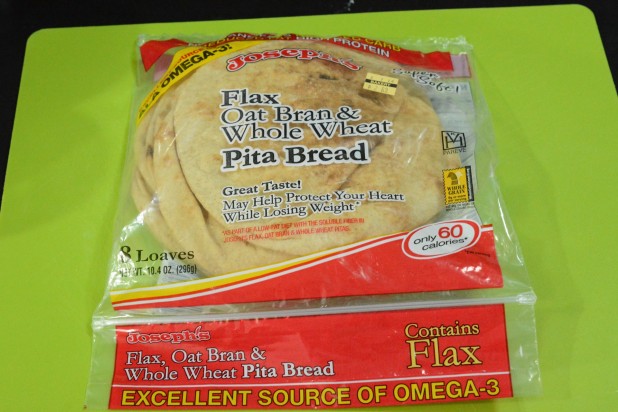 For an added bonus, I decided to try and make pita chips.  I used 1 low carb pita from Joseph’s.  These are about 4 net carbs per pita so pretty reasonable. 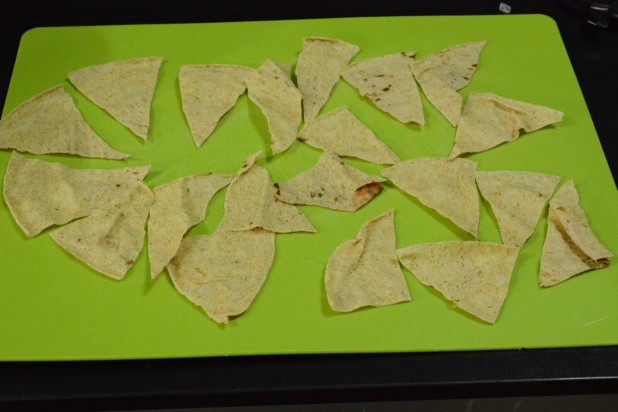 I split the pita in half and then cut it into wedges so I got at least 16+ chips out of the one pita. 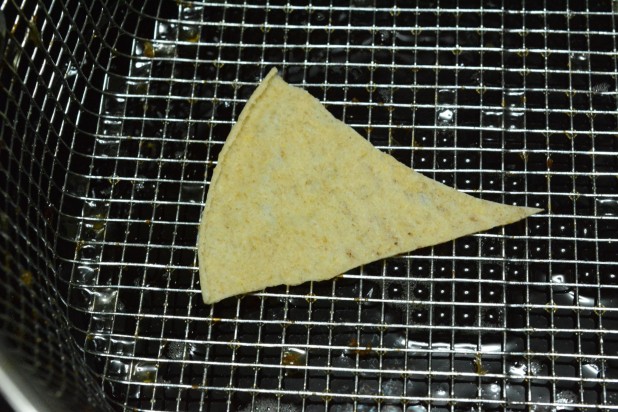 Then I placed them in the deep fryer basket. 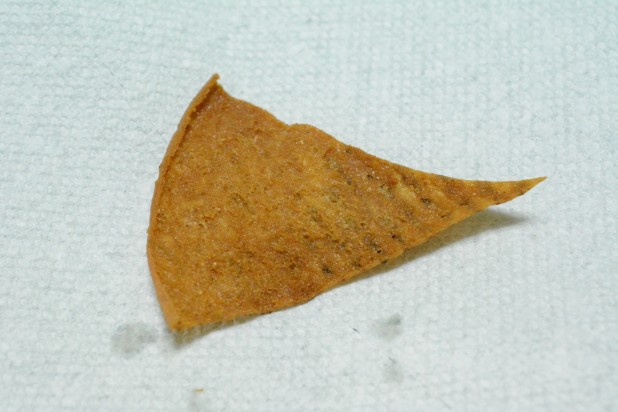 Here’s a picture of the fried chip.  Let me tell you, these turned out way better than I could have ever imagined! They were super crisp and held up well to the dip!! 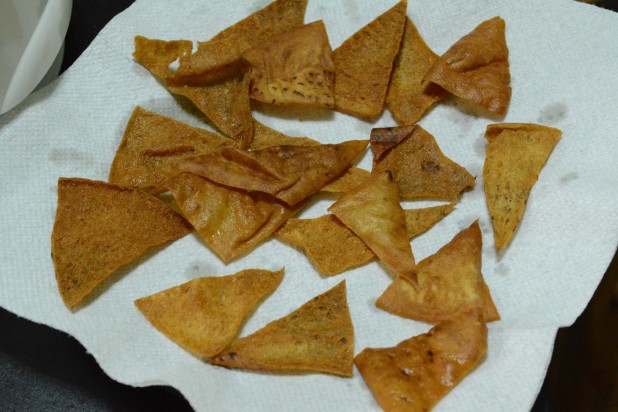 As you can see, just one pita yields a decent amount of chips. 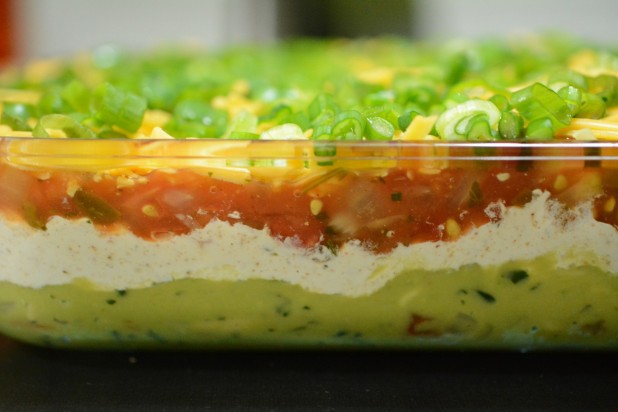 Here’s a side shot of the 5-layer keto dip. 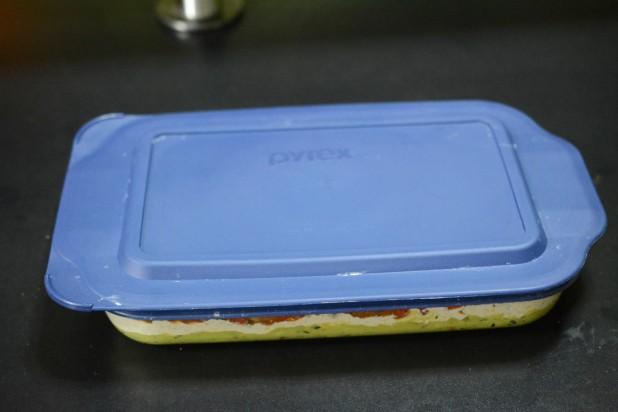 And as I mentioned before, this Pyrex set comes with lids so when you’re done just pop one on and throw it in the refrigerator. 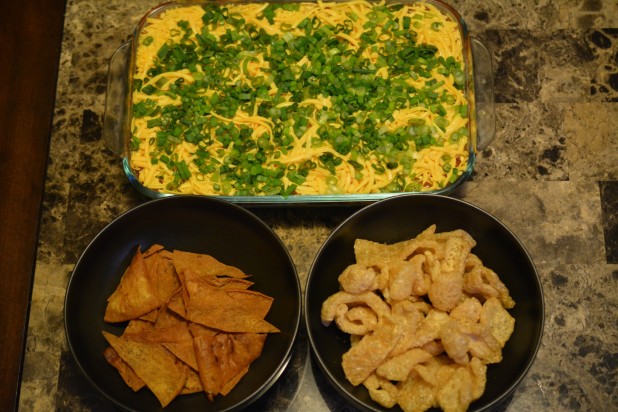 I served the dip with both pork rinds and pita chips.  They both work really well as keto chip replacements. 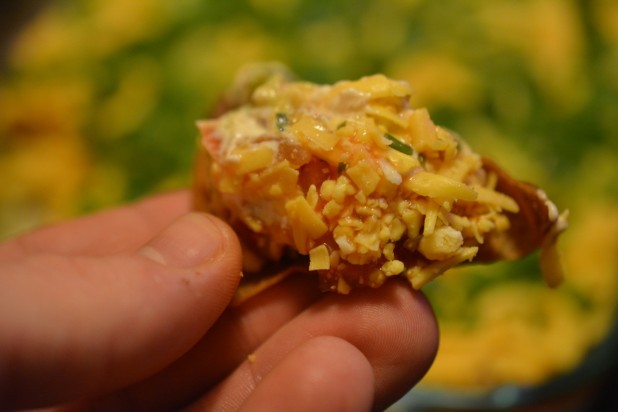 Ingredients
Instructions
Notes
I used store bought guacamole and salsa but you can make your own as well. Also, try experimenting with additional layers like slices black olives!
3.2.2310