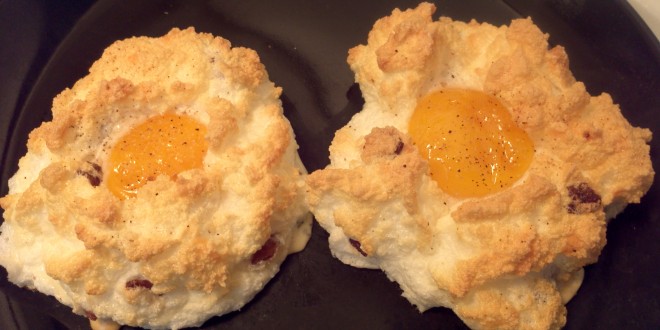 Eggs in a Cloud

Time to spice up the weekend breakfast! I’ve been wanting to make this for a while and I finally remembered at the same time that breakfast was ready to be made. Its been made many different ways by lots of different people. A fellow blogger on reddit makes a mean eggs in a cloud with a latin twist. This one is more good old keto bacon and cheese! 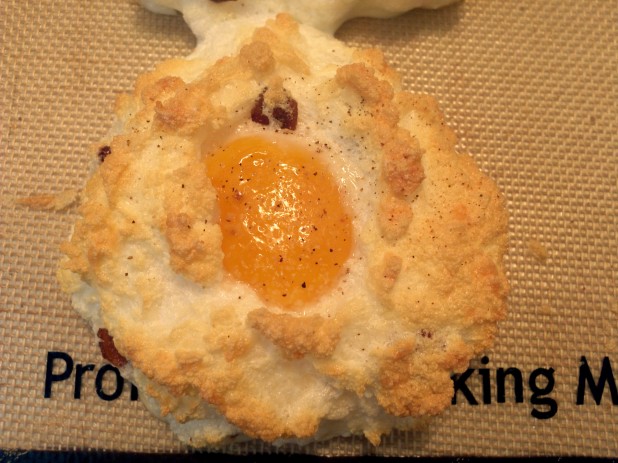 Here is the finished product.  It turned out better than i could have hoped for.  Perfect yolk and eggs. 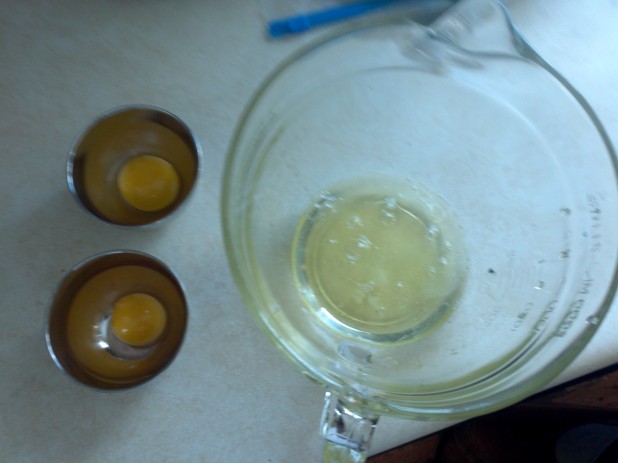 Split the egg yolks between the egg whites and the yolk.  Put the yolks into prep cups for later. 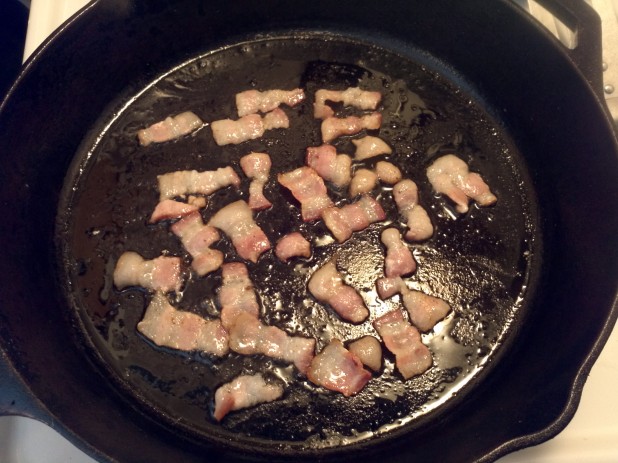 Brown some bacon bits. When they are done, transfer them to a paper towel and let the bacon grease drain off and let them cool. 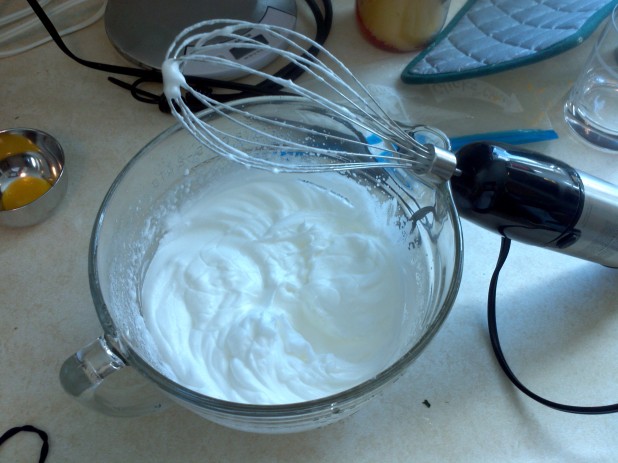 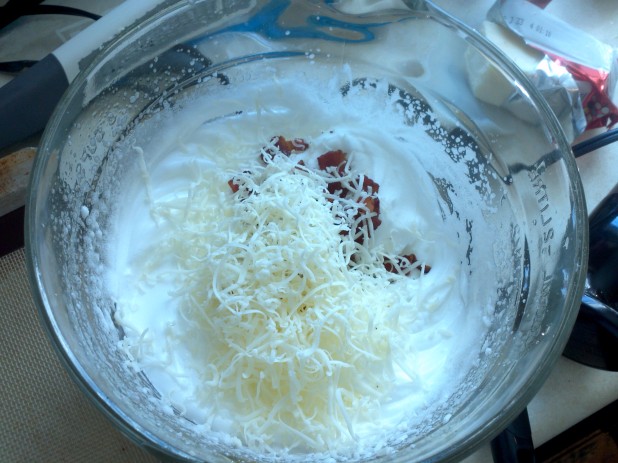 I grated in some fresh Parmesan and threw in the bacon bits I cooked. Make sure the bacon bits are no longer hot or it will collapse the egg whites.  Dry the bits off with paper towels before adding.  Fold the ingredients together. 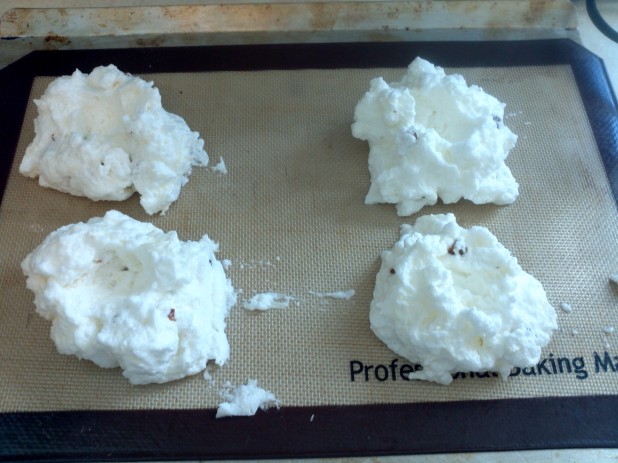 Once the ingredients are put together, form four mounds on the either a non stick silicon mat or parchment paper.  Make a divot in the middle of the mounds.  Bake at 350 degrees for 5 minutes until they have set. 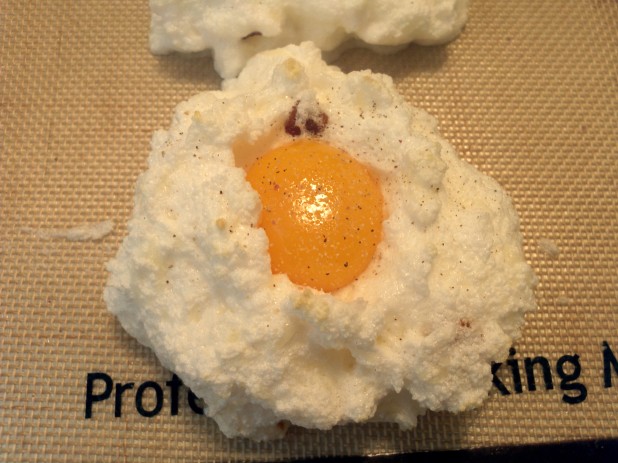 Put a yolk in each mount.  Top with salt and pepper.  Bake until brown. 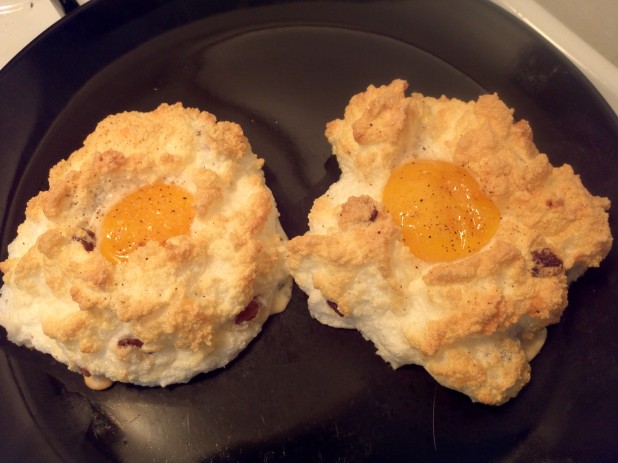 Finished Eggs in a Cloud!  They were pretty damn good. 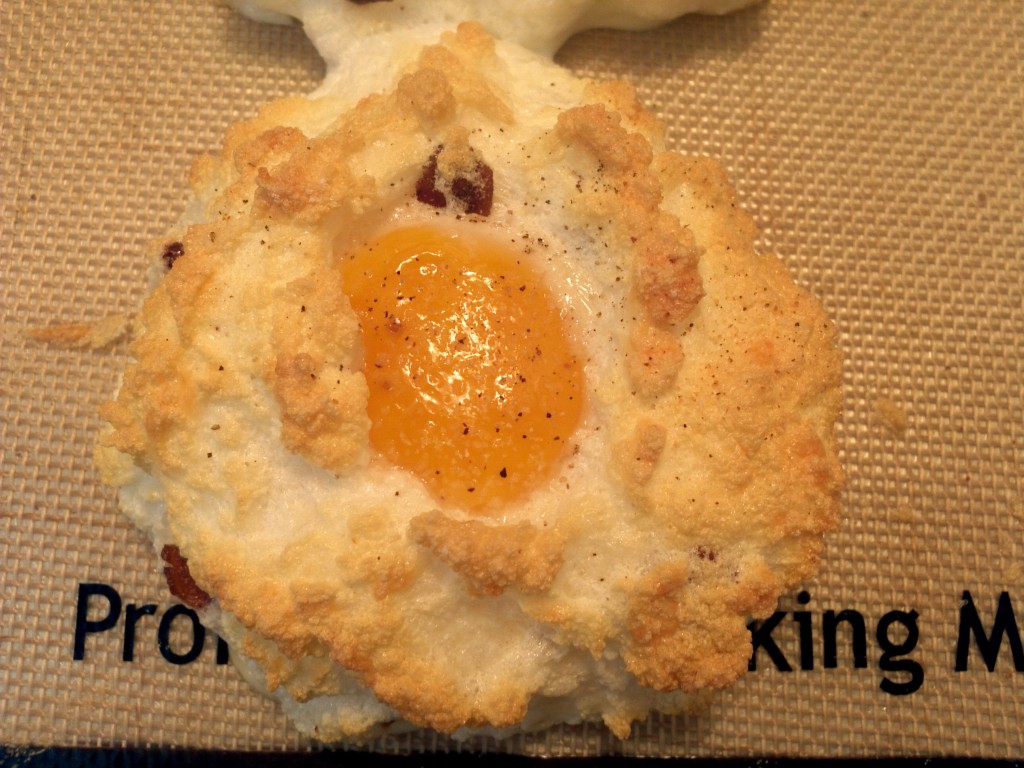 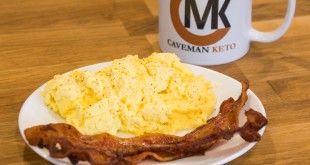