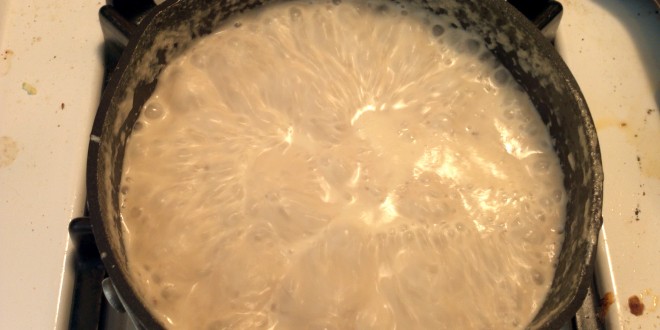 The holiday season is upon us and hidden carbs are everywhere.  One of the main sources of hidden carbs are sauces and dressings.  Its pretty easy to spot carbs when confronted with meat and veggies but what about the gravy? Generally gravy is made by combining broth, fat and flour to create a thick gravy. Since keto doesn’t allow flour, it invites the question, how does one make gravy?  Read on for the recipe for Keto Giblet Gravy, great for your holiday turkey! 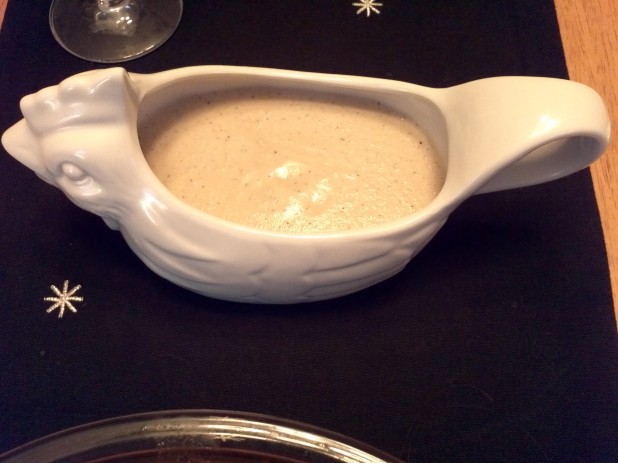 Here is the finished gravy and I can’t believe it turned out so well!  I honestly couldn’t tell it wasn’t made with flour. 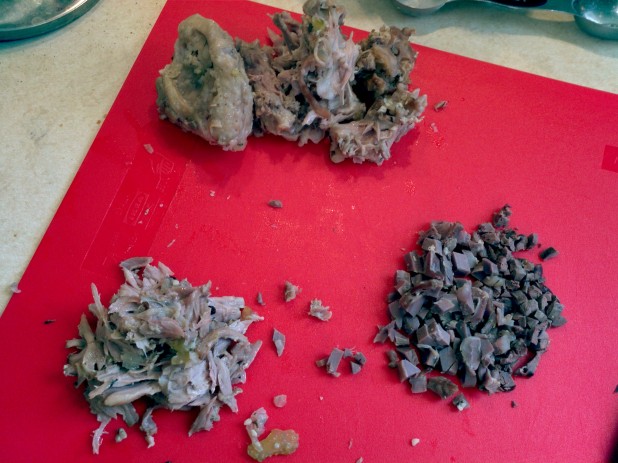 The process starts with the giblets.  If you came here from my turkey broth post, you should still have the cooked giblets and left over vegetables from the turkey broth set aside.  Dice up the vegetables and the giblets.  Remove as much meat as possible from the neck portion.  If you didn’t start from turkey broth, either omit the meat or sub some finely diced chicken. 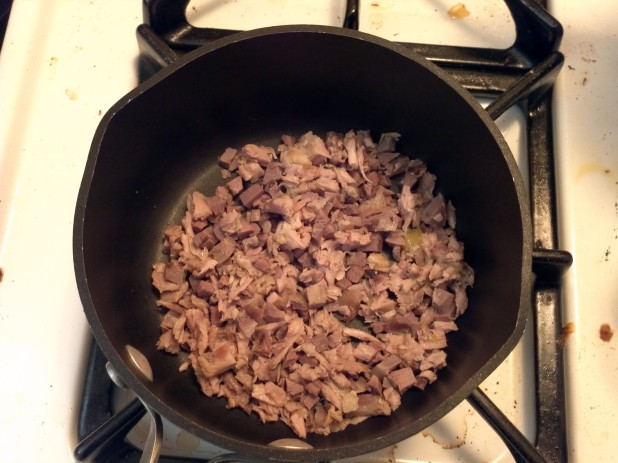 Put the giblets in a pot and brown them.  If starting with raw meat at this stage, cook it all the way through. 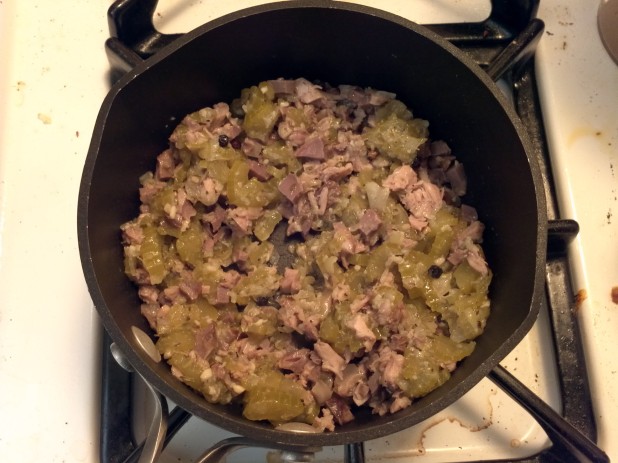 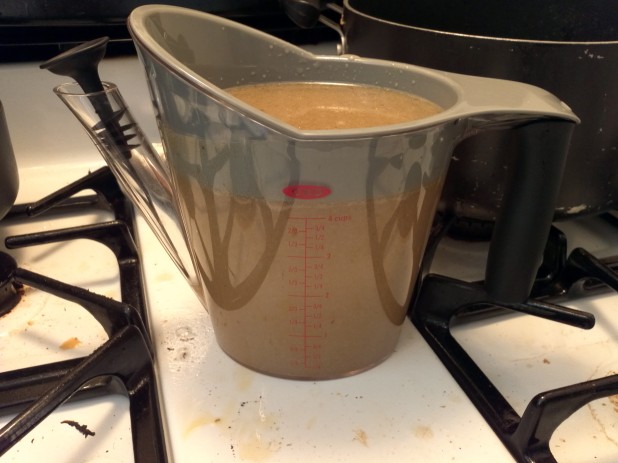 The next step is to add the liquids.  As you can see above, I’ve already got my turkey broth in my handy dandy fat separator. This device allows the fat to go to the top and the broth to sit at the bottom.  Even though fat is good for keto, too much fat will cause your gravy to separate and get nasty.  If starting from scratch, you could sub chicken broth for turkey broth but its obviously not as good 🙂 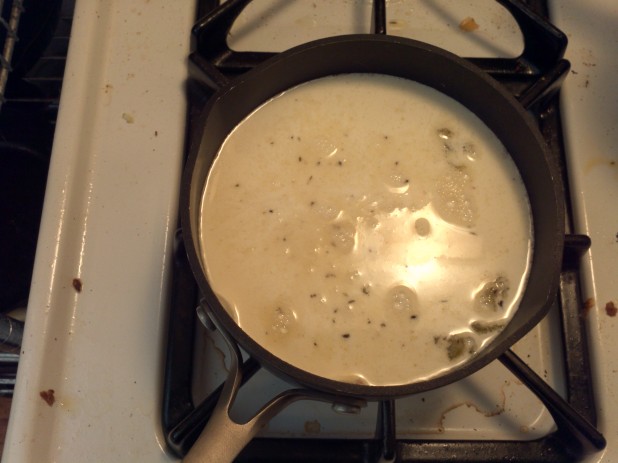 The next step is to add the liquid to the gravy.  For this recipe we are using equal parts of cream and turkey broth.  One cup of each.  This is the first part of our thickening process, my using heavy cream we are adding a little more umph than a typical gravy recipe. 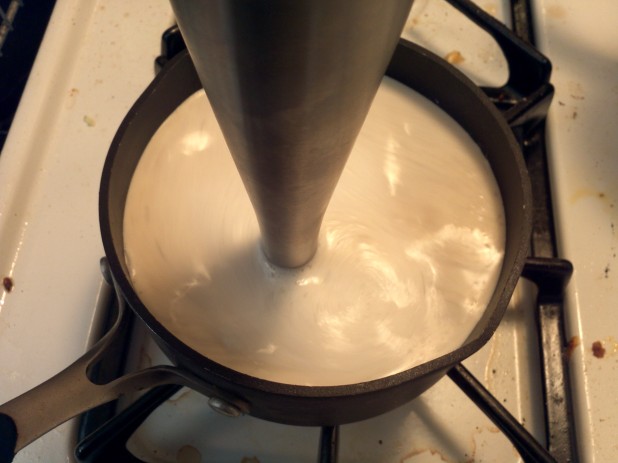 Phase two of our thickening process involves using an immersion blender to mix the gravy together.  We are essentially using the meat and vegetables as a natural thickener  by blending it.  This particular blender is nice because it also has a whisk which I use all the time for making keto chocolate mousse 🙂 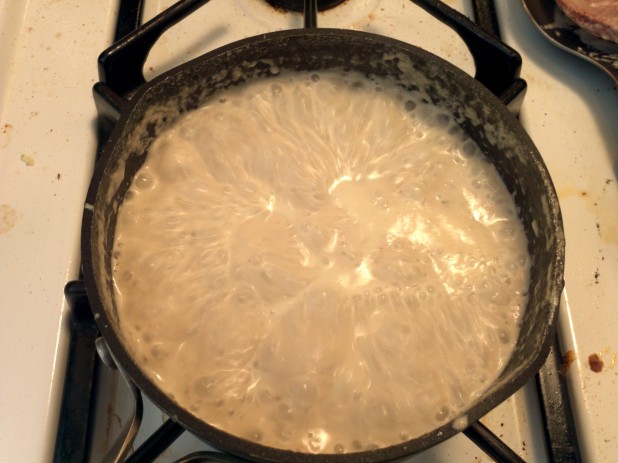 Phase three, boil the crap out of it and reduce it by 1/4 to 1/2.  By reducing it via boiling we are inherently thickening the gravy.  This is especially true given the amount of cream in the mixture. 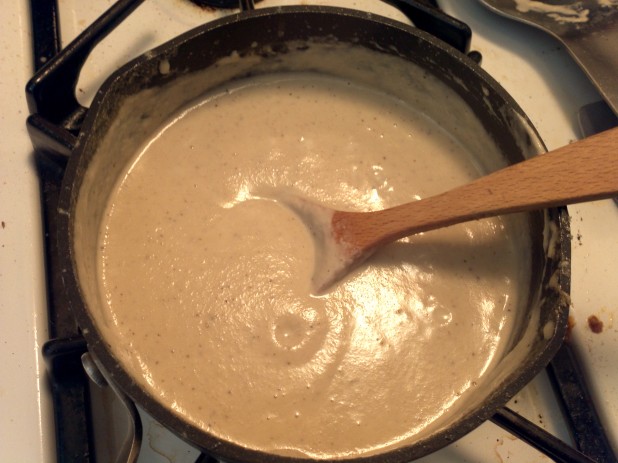 The final phase of the gravy is to sprinkle a TINY amount of xanthan gum on the top of the sauce.  For this recipe I used 1/8th of a teaspoon which worked well.  Sprinkle it on top of the gravy and let it heat up a little bit, then stir it in.  NOTE: Xanthan gum goes a long way and you don’t want to use too much.  Also, don’t clean it up with water or you will get a large, sticky mess. Just wipe it up with a paper towel before cleaning the measuring device and then wash. 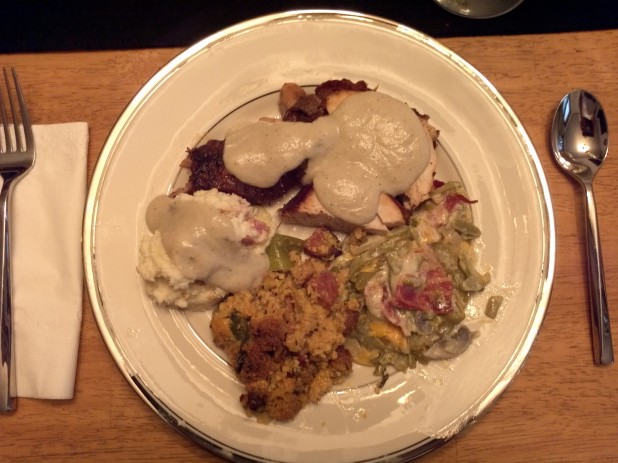 Well that’s it folks!  Above I have the keto gravy with some Fried Turkey, Cheesy Green Bean Casserole, Caveman Keto Stuffing and Cauliflower Mashed Potatoes! 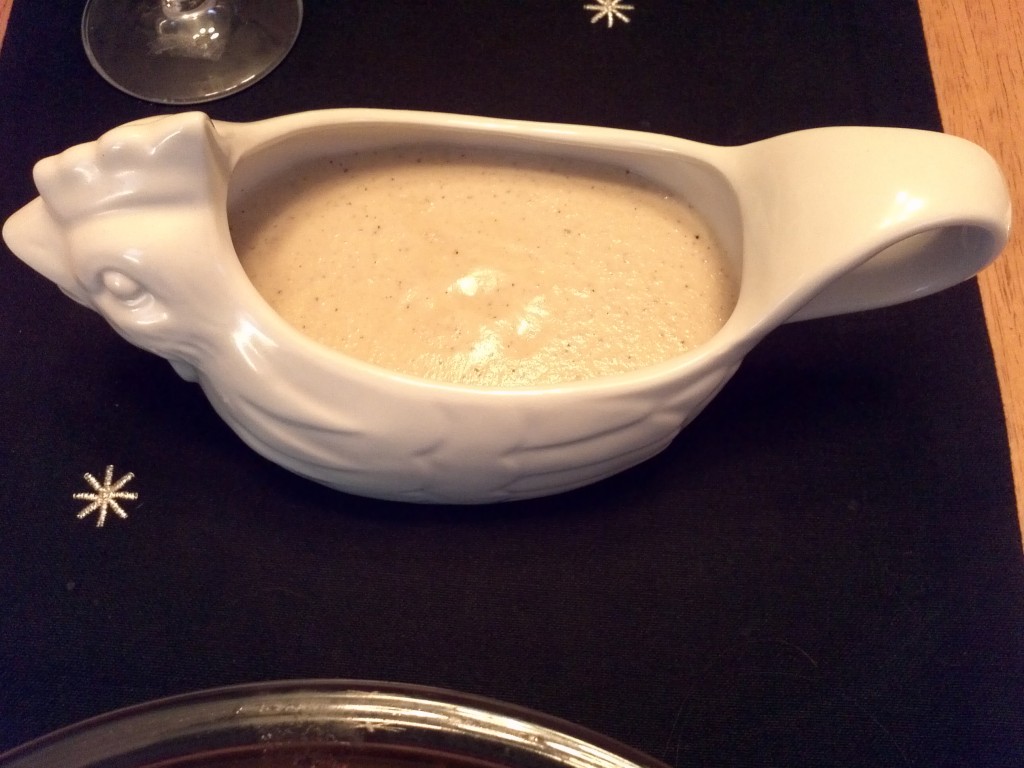