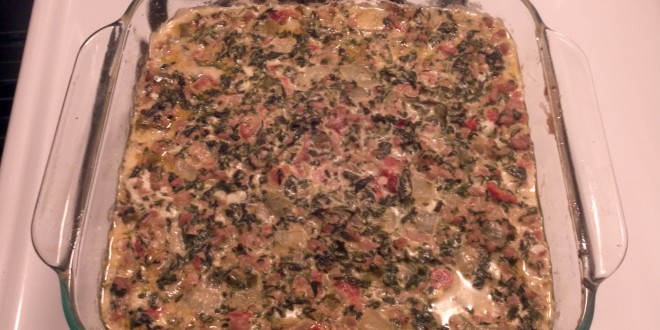 Update: This recipe is now on the Caveman Keto YouTube Channel. Check out how to make Mexican Spinach Casserole.

I am always looking for easy lunch recipes that I can whip together on Sunday and have ready all week. Chicken Thighs with Spinach used to be my standard meal, however the ratio is a little high in protein and it often messes up the whole day.  One of my favorite sites for low carb is Linda’s and this recipe came from her Mexican Spinach Casserole. 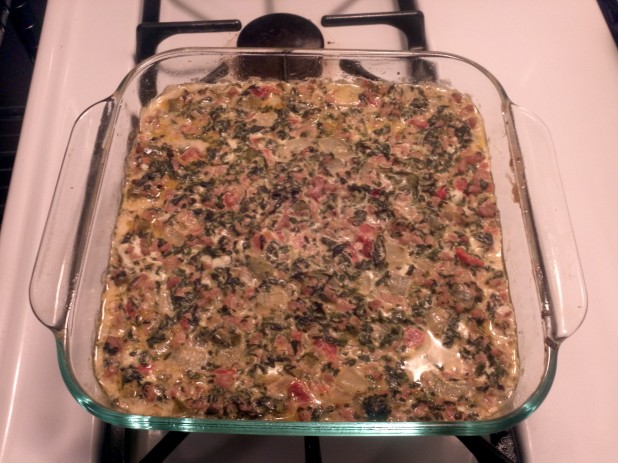 Here is the finished product and this stuff is amazing!  This week, rather than use one giant baking dish like I normally do, I used a rectangular and a square dish.  This way I could cut them into logical portions and make 2×6 meals total.  I normally take my big dish and cut it into 2×5 but this is really hard to eyeball. 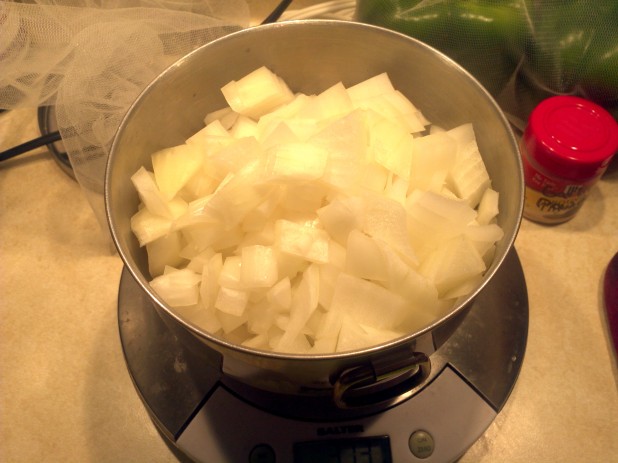 Start by cutting up an onion and weighing it. This is one of those ingredients that you can adjust if you want more or less carbs.  This is a lot of food so even though this looks like a lot of onions, its for 12 servings. 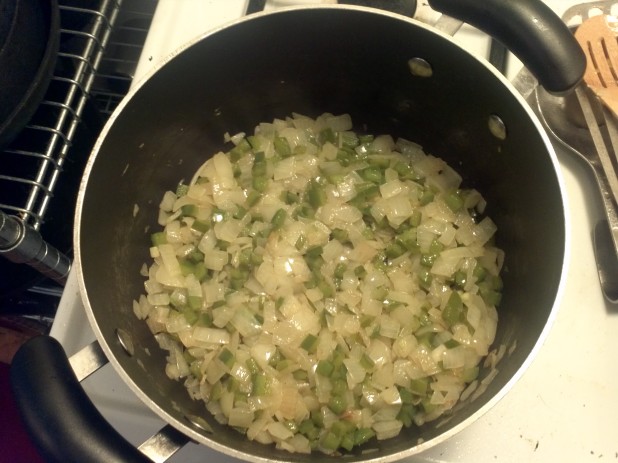 Throw the onions and peppers (forgot to show cutting the peppers up, but make about 200g of diced peppers) in with some oil and cook them until they are translucent as shown. 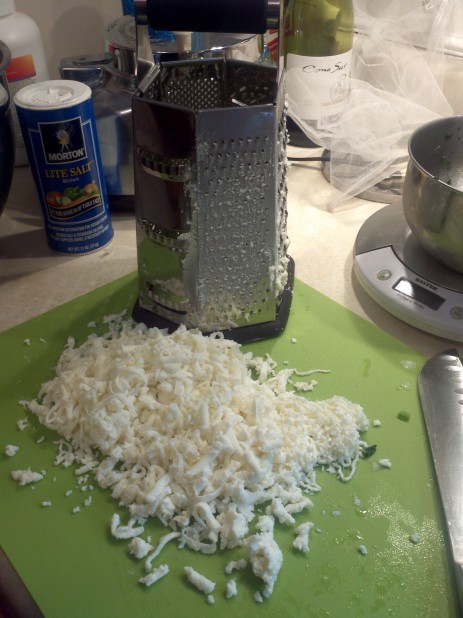 While the onions and peppers are cooking down, grate the mozzarella cheese on a cheese grater.  I normally use my food processor to grate cheese but this stuff is so soft that it just gums it up; its a lot easier to just grate it by hand. 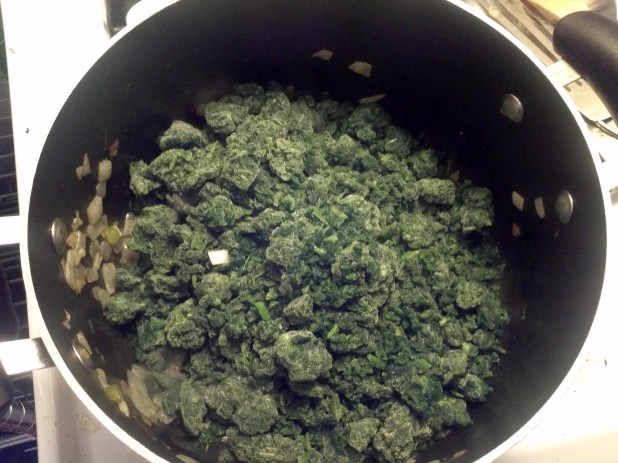 Transfer the onions and peppers to a large prep bowl and throw some frozen spinach in the same pot.  This whole recipe cooks in this same pot but separately to reduce the dishes.  You could also microwave the spinach or use fresh.  I go through so much spinach that these frozen 5 lb bags from BJ’s are the only option. 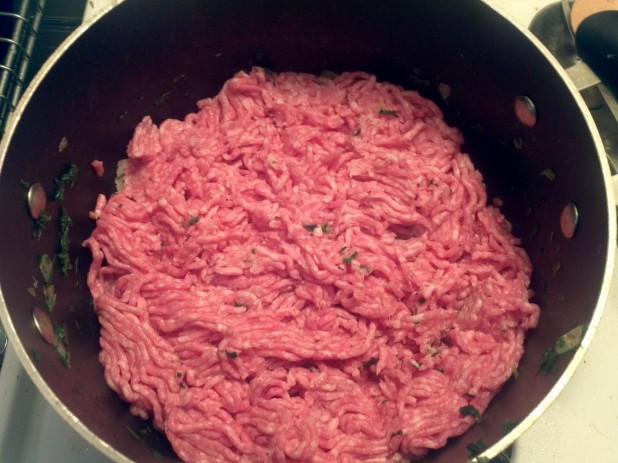 After the spinach is done, throw about 2 lbs of ground pork into the same pot.  Cook it until its no longer red. 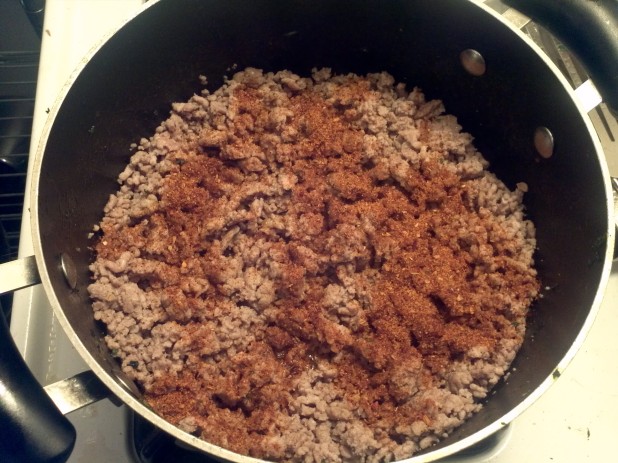 Throw some taco seasoning on the meat.  I’m still using McCormick’s cause I’m lazy but I really need to find something new cause this stuff has carbs.  Do you have a good taco seasoning recipe? If so, post it in the comments! 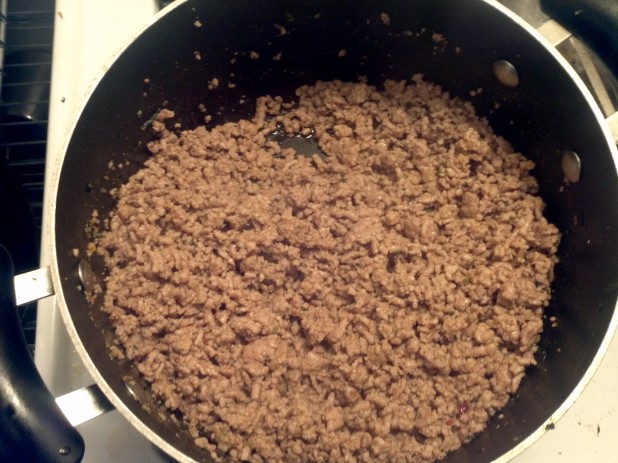 Here is the finished meat. 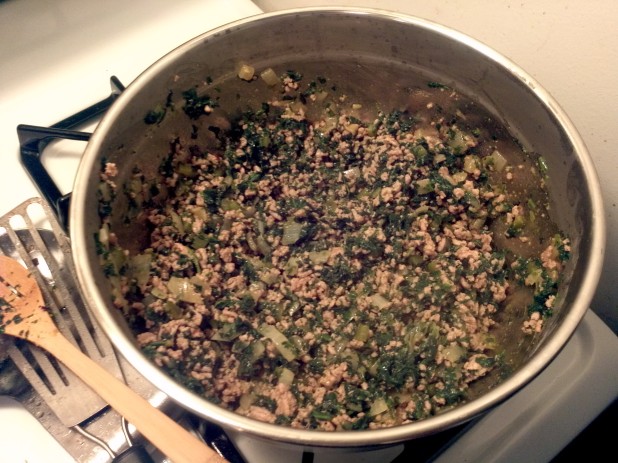 Now throw the meat, onions, peppers and spinach into a giant stainless steel mixing bowl. If you don’t have one, I highly recommend them. Cooking for a week tends to make a lot of food and it helps to have a large bowl like this. 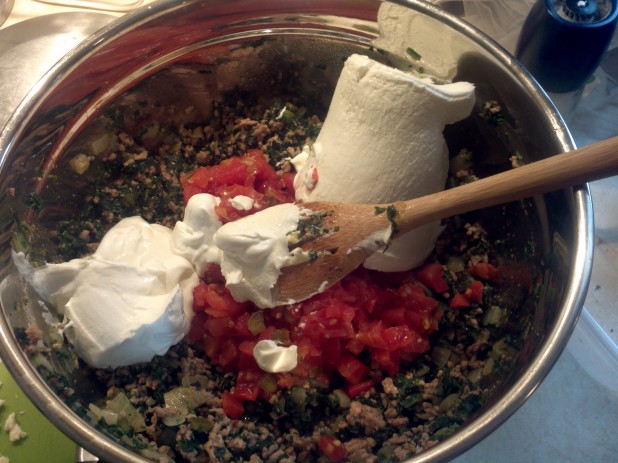 Throw the sour cream, Rotel (drained), cream cheese and mozzarella into the bowl and mix! 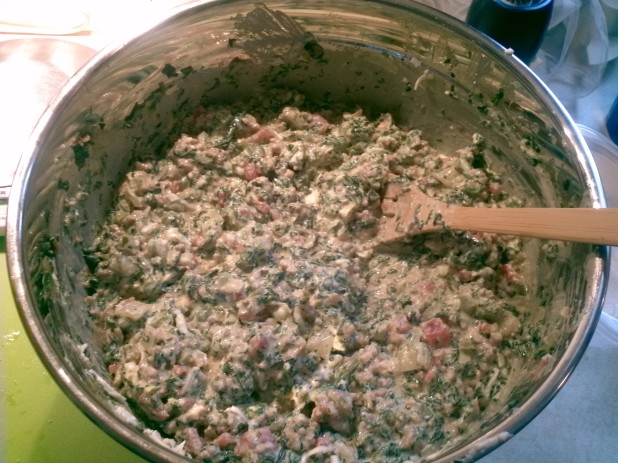 Here is the finished concoction. 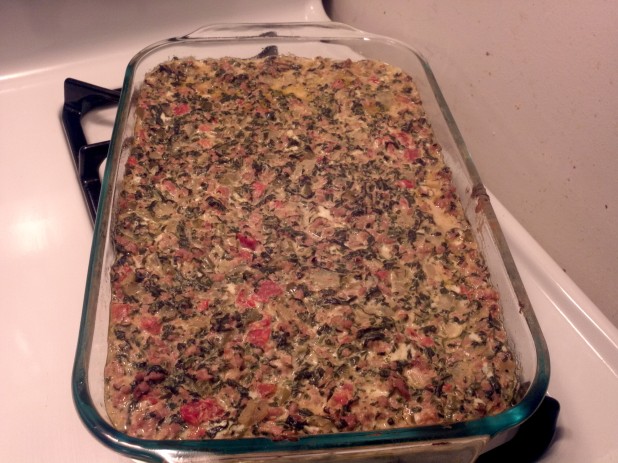 And there you have it! This is the rectangular finished dish.  If you want it more spicy, you can put a dash or two of hot sauce on each individual portion when you box it up. 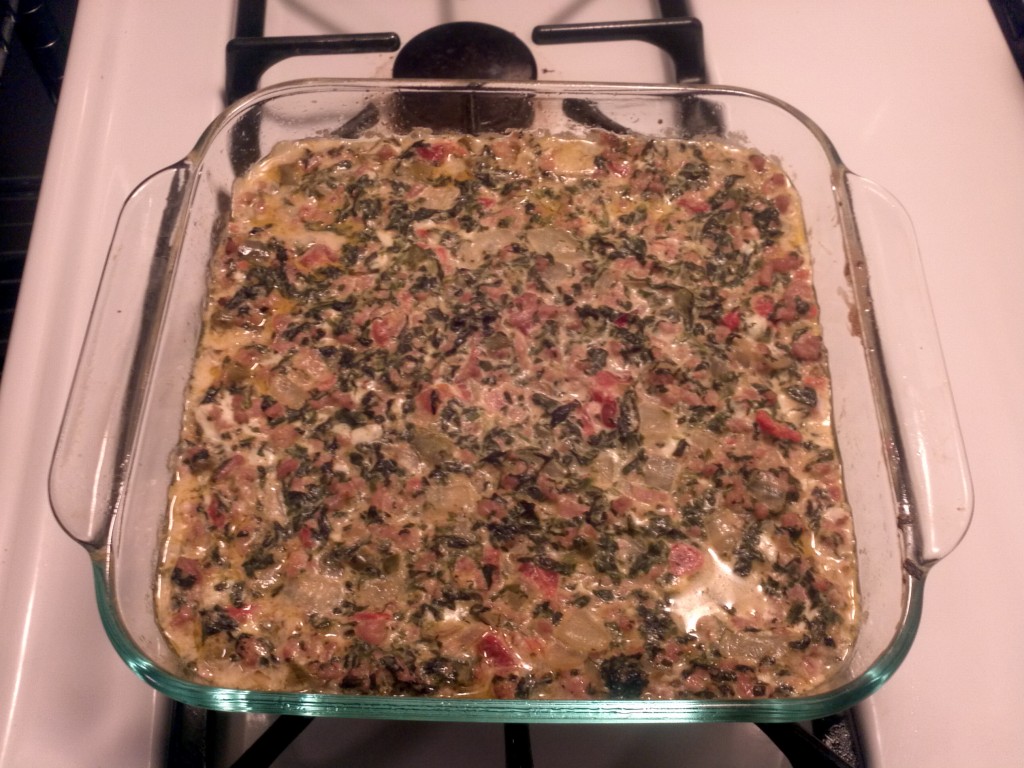 Ingredients
Instructions
Notes
For less carbs, reduce onions and peppers and / or use a lower carb taco seasoning.
3.2.2265