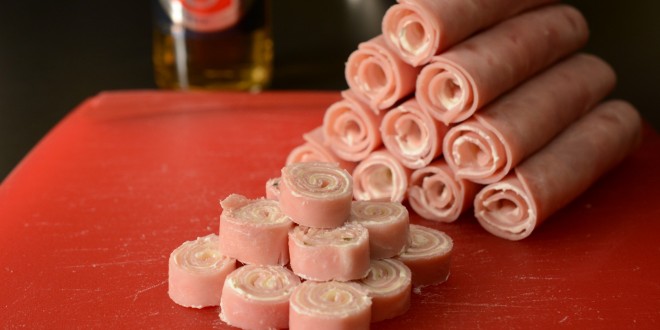 The Super Bowl is tomorrow!  If you don’t have your Super Bowl keto meal plan in order, check out my Super Bowl section for a full list of ideas. There’s no reason to cheat on Super Bowl Sunday with keto since so many snacks are perfectly keto friendly! Today I’m making a twist on one of my favorite appetizers, the rollup. Basically you just get slices of ham, add cream cheese and throw anything else you want inside.  Its quick, easy, and can be made ahead of time.  Non ketoers will like them too in case you’re watching the game at a friends house!

For today’s rollups, I’m using some ham slices with Chive and Onion cream cheese as well as some thin sliced swiss. 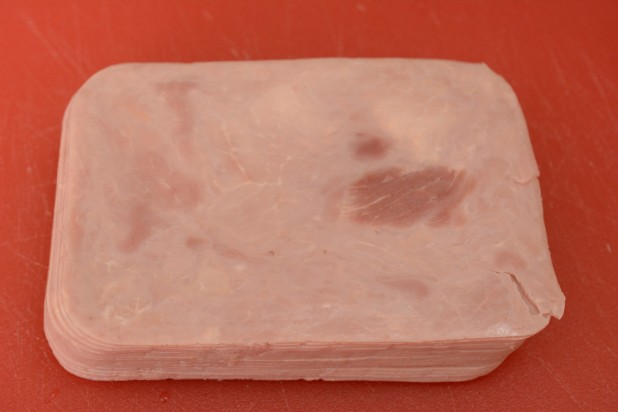 Start by laying out the ham slices on a cutting board.  Make sure to take out the whole package as it makes it a lot easier to spread the cream cheese.  Additionally, you want to make sure the ham is dry, so pat it down with a paper towel.  Otherwise the cream cheese won’t stick. 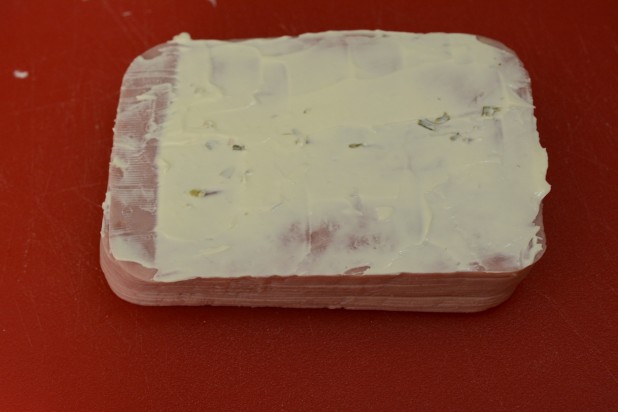 Spread the cream cheese over the entire ham slice and then use the knife to scrap away about 1/2″ on the left side. I used about 10g of cream cheese on each slice.  This just about finished the 8 Oz. container.  I just zeroed the scale each time and grabbed 10 grams. 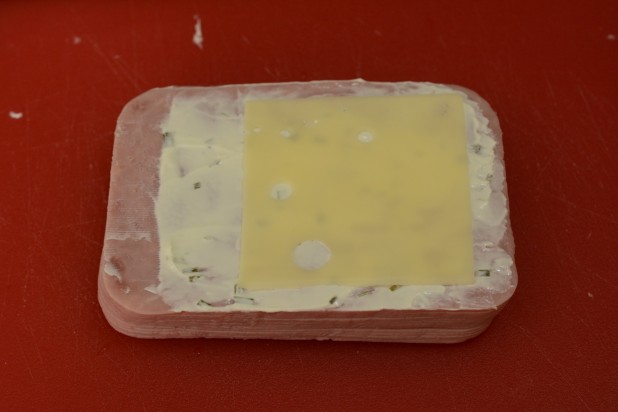 Then lay the cheese on top of the cream cheese about 1/2″ from the right side. 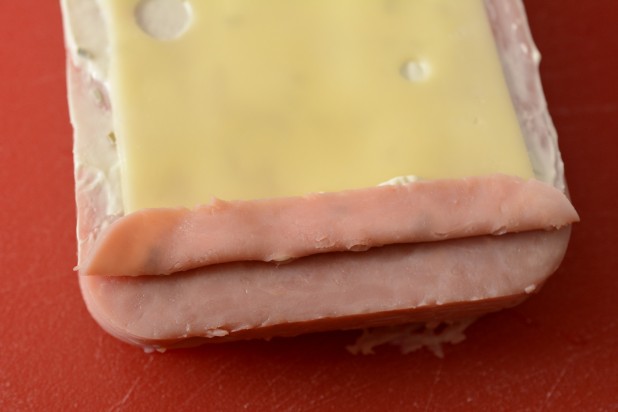 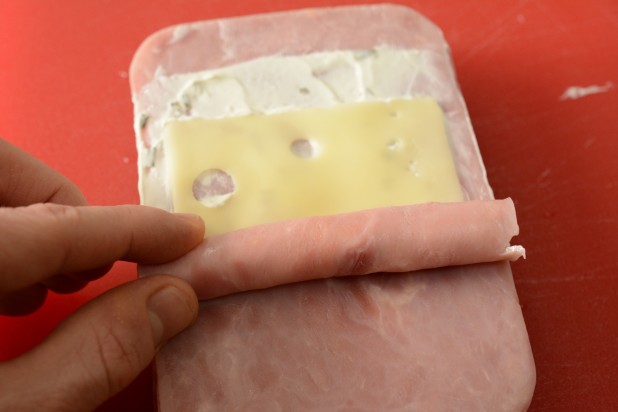 Then fold the ham / cheese combo over and start rolling.  As you roll the cheese and cream cheese will start to squish out.  This is ok, that’s why we started with the cheese so far right and no cream cheese at the end. 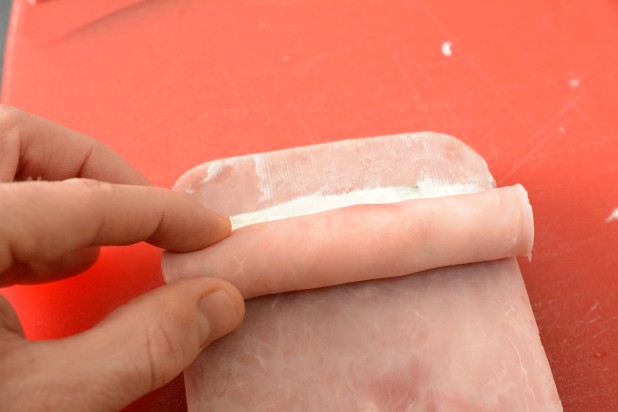 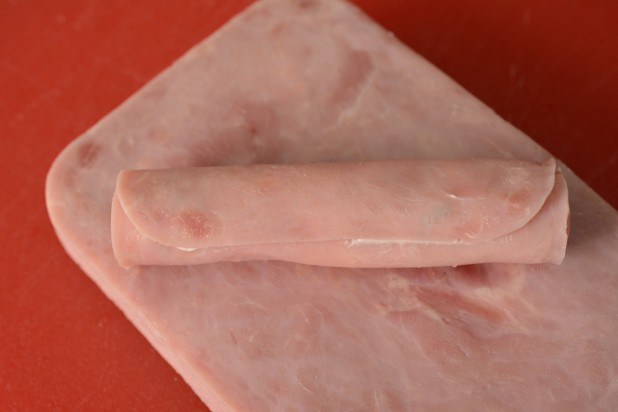 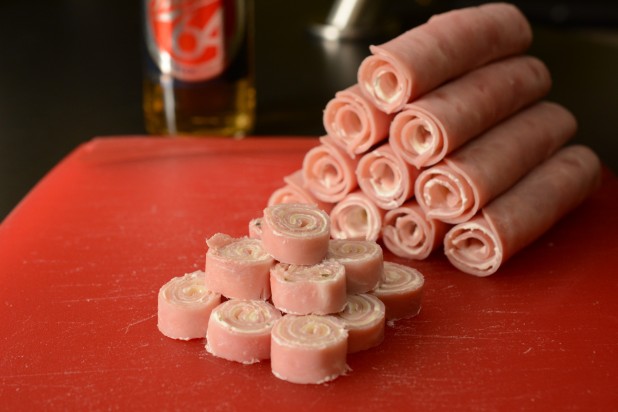 Slice them up into bite sized pieces or keep them in roll form for a hand held appetizer!  What did you make to eat during the Super Bowl?