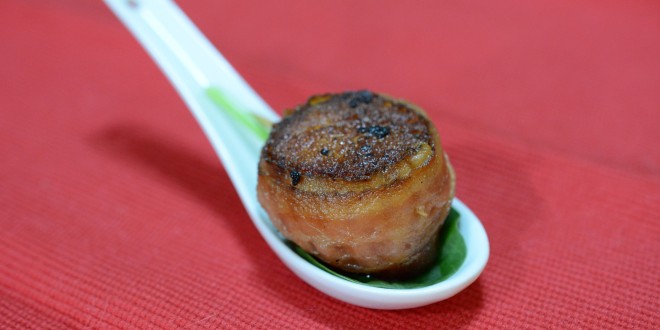 Scallops are one of those dishes that seem really fancy but are surprisingly easy to make.  Since this is a keto blog, I also decided to wrap mine with bacon! I’ve been making an effort to eat more seafood since I mostly eat red meat and it serves as a nice variety. So grab some nice, fat scallops and let’s get cooking! 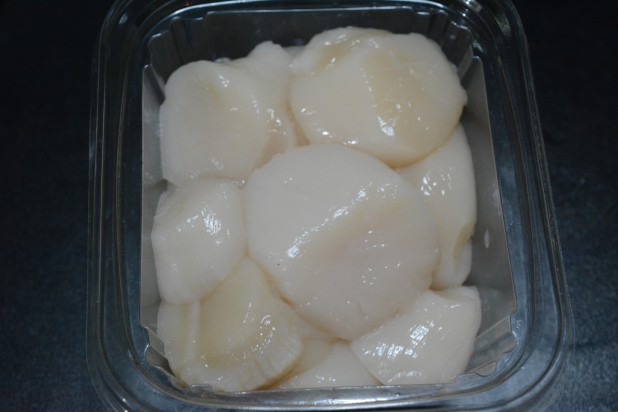 Here are the scallops I got.  They were approximately 1 Oz. each. 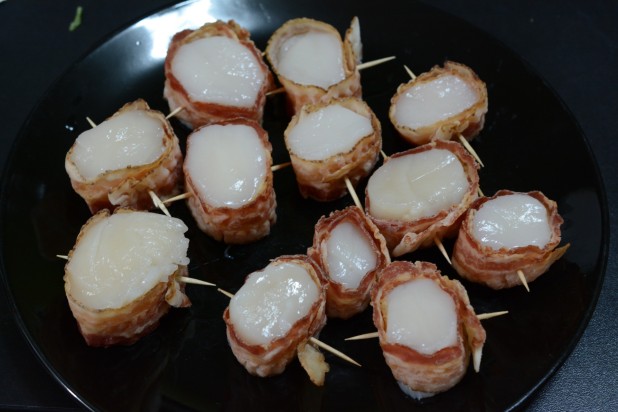 I took each one and tightly wrapped a slice of microwaveable bacon around it, then stabbed it with a toothpick.  Now, before you kill me for the microwaveable bacon, someone gave it to me and I had to use it somehow.  The other advantage is that it cooks super fast.  See, we’re not going to cook these scallops that long and the normal bacon I get is super thick.  Another option is to parboil the bacon first so its cooked, then wrap, but this is much easier. 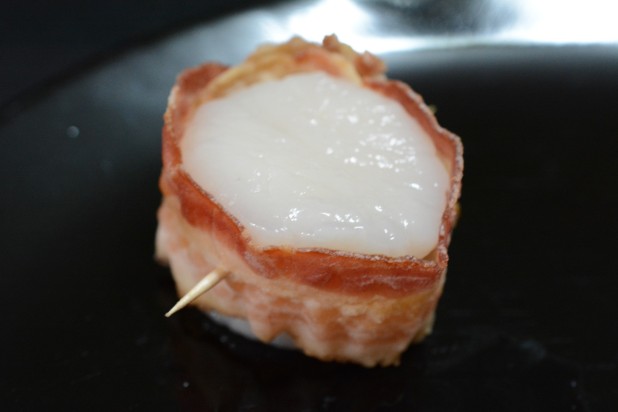 Here’s a closeup of one of the scallops before cooking. 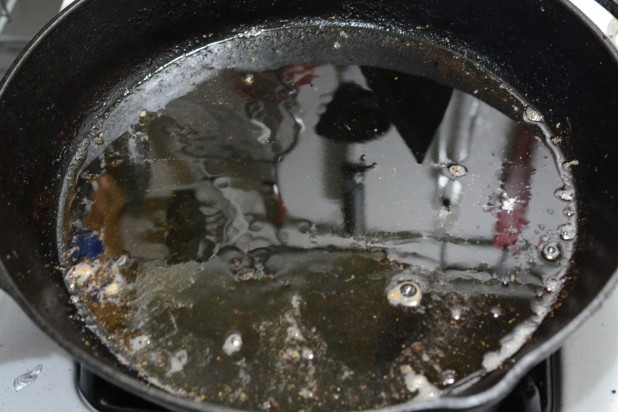 Get a cast iron skillet nice and hot with some oil.  I used bacon fat but you can also use butter.  The idea is to form a nice crust on the scallops without cooking them too long. 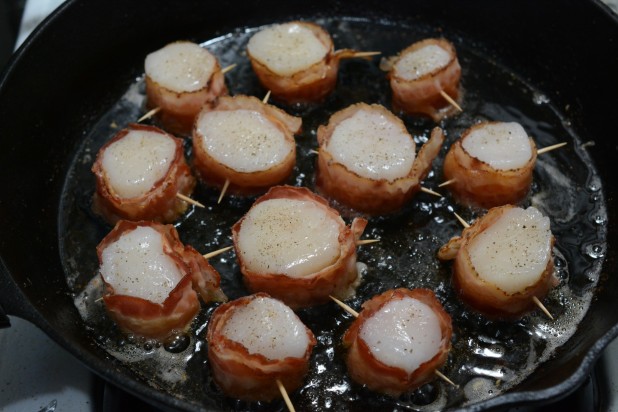 Here’s a picture of the scallops sizzling away in the pan.  As you can see I’ve also added some salt and pepper. 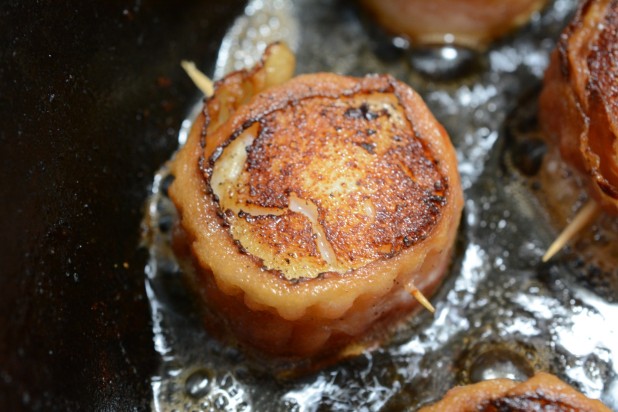 After only 2.5 minutes per side, they’ve formed a golden brown crust and the bacon has crisped up. 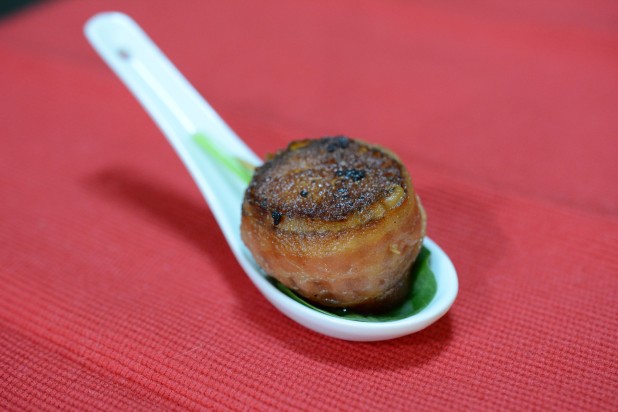