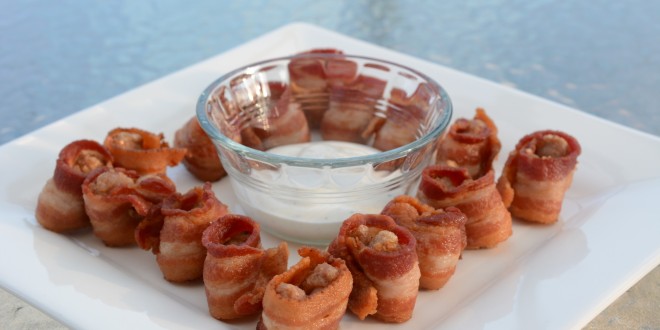 For my birthday my sister got me a meat CSA from Stillman’s farm.  I actually had no idea such a thing existed! This week’s haul came with some Chicken Italian sausages.  I hadn’t broken out the fryer recently so I had an idea for the sausage, why not wrap it in bacon and deep fry it as part of my fry-day series! This snack mimics many of the store bought appetizers where they wrap meat with bacon but homemade and cheaper! 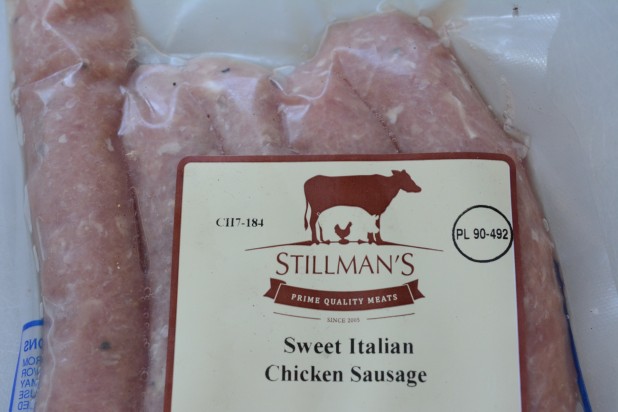 Here’s the sausage that came as part of this week’s haul. 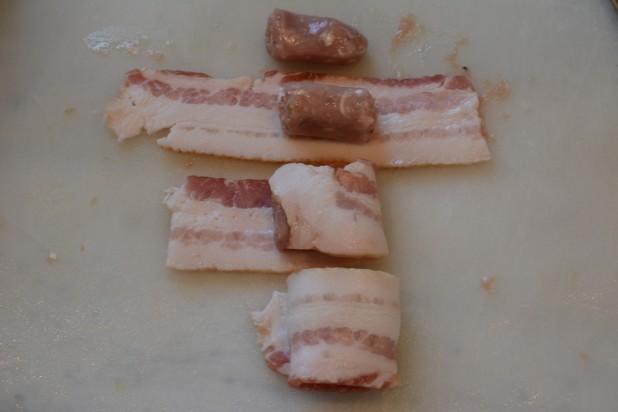 I started by cutting the sausage into four pieces and wrapped them as shown,  I used half a slice of bacon, placing the sausage so that the cut will be wrapped.  Then I wrapped one side of the bacon over and then the other.  Basically this makes it so it seals the cut side so it all doesn’t flop out and the skewer goes through the skin part and keeps it together.  Sounds overly complicated but I wrapped it like 5 different ways before I arrived on this ideal version 🙂 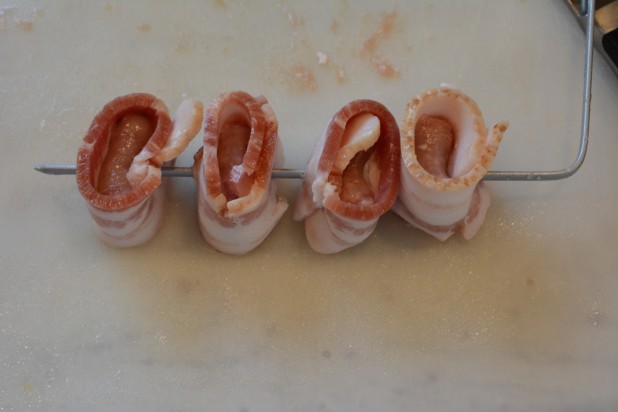 I then bent a metal skewer so that it would fit in the fryer, and slipped the sausages on.  Notice the orientation of the skewer, through the bacon and also through the skin part of the sausage. 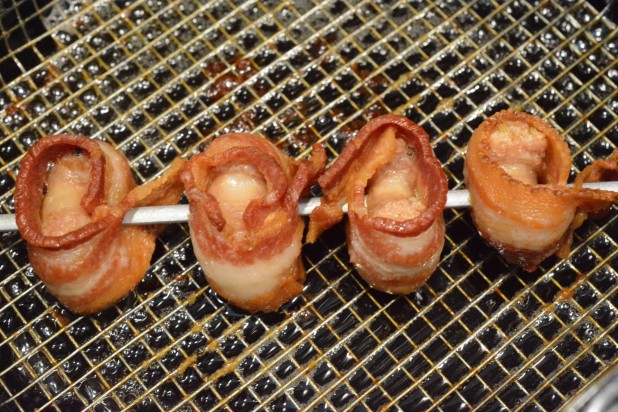 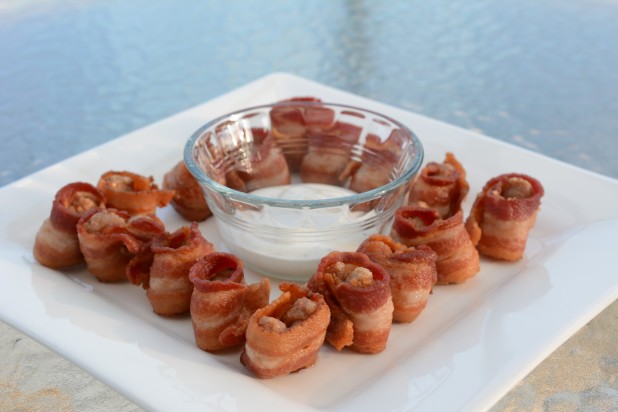 I served the bacon wrapped sausages with a side of ranch for dipping. 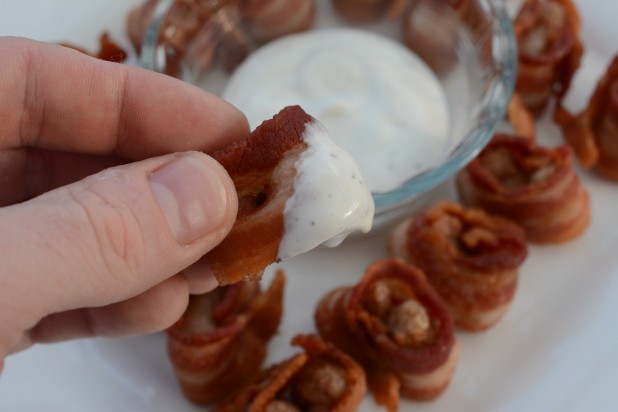 Here’s the sausages getting ready for my mouth!  These were very good and mimic some of the store bought appetizers you can pick up for a fraction of the cost.